Why I Wanted to Adopt

This is something I get asked a lot. Why I wanted to adopt.

It’s both a simple and a complicated answer.

I can recall being a little girl and asking my mother why people kept having babies when there were so many children in the world who needed a home. Why didn’t they just adopt those children instead of bringing more into the world. My mom didn’t have an answer for that. Who expects their eight-year-old to ask those questions?
Of course, from age five, one of my best friends had been a girl who was adopted from India. So I’ve always been very aware of adoption and felt a calling to it from a young age.

When Marshall and I were dating I knew he was the one for me, but told him point blank that not adopting would be a deal breaker for me. He had to agree to adopt regardless of biological children. He agreed. I don’t think he thought a lot about it at that point, but he agreed.
When our daughter was still a baby, I saw the signs for Foster Care Adoptions. After wrestling with God over that one for a while, I mentioned it to Marshall and he agreed to go to an informational meeting. We were set – we would adopt through Foster Care.

We only waited two months from approval before we got the call about our son. We brought him home 2 weeks later. It took 21 months to finalize his adoption. It was the most gut-wrenching experience of my life. It was worse than infertility because I already had the child in my home, worried he would be taken from me.

But he was worth it. When he came home it felt right. He was our family.

So why did we want to adopt? Because we felt called by God to add to our family in that way. Because it was a part of my life from a very young age. Because we had love and room in our hearts to share with a child who needed a home. Selfishly because I wanted my arms full. Selflessly because I can’t stand the thought of  children going out into the world without a family to come home to or to call when they need it.

I do hope to one day be a place to call home for children who are aging out of the system. This probably won’t be until our current four are older, but I would love to either adopt a child aging out or just be the place they come to to be a part of a family. 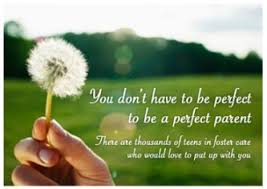 If you are an adoptive parent, or are thinking about it, feel free to share your story with us!

The Latest on the Blog